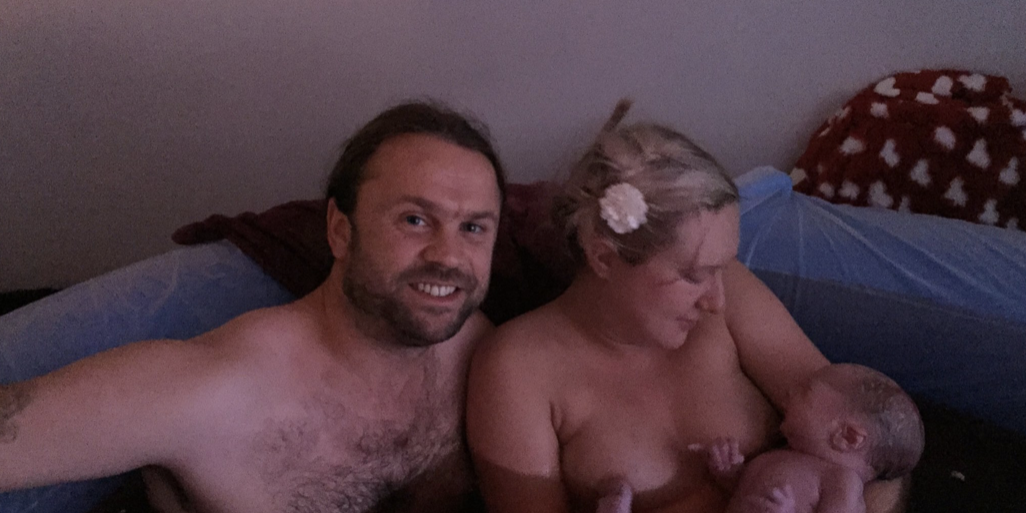 So I’m sat writing our birth story one month on which I’ve now realized is far to long to wait as everything is now a complete blur! Hopefully we’ll manage to get an accurate account of events together!

From very early on in my pregnancy I had decided that I wanted a homebirth and my partner, Danny, was with me 100% on it from the start. I had always wanted a water birth however did not realize that it was possible to have both! I came across the /Leeds Community Pool Hire in my quest for information regarding having your first baby at home and within no time the pool was booked and I was being encouraged to go to the Leeds Homebirth Support group to meet with people who provide more info. I dragged Danny along (who was terribly hungover!) to see what it was all about and it was then I was made aware of the One to One midwives. It sounded perfect and decided that we would attempt to access this service. After a lot of battling with my GP practice/Leeds West CCG I was finally accepted and my booking in appointment was made. We carried on going to the monthly homebirth group where I learned so much from people sharing their individual birth stories; it helped me build a picture of what I would like my own birth experience to be like.

I started pregnancy yoga at 16 weeks and eventually found the perfect class at Yoga Kula at 18 weeks.

At some point in July I met with the lovely Amanda Wardle who was to be our hypnobirthing tutor. We made plans to cover things over four evenings throughout my last month of pregnancy. During our last session which was a week before my EDD, Amanda taught us light touch massage and explained the benefits it could have during labour. It gave me goose bumps when Amanda demonstrated it on me and I didn’t want Danny to stop! I needed a quick loo break and on returning into the room I came over all funny. My tummy felt a bit crampy, I felt dizzy, light headed and nauseas, nothing I had yet experienced. We decided to continue with the rest of the hypnobirthing we needed to cover then headed home as I really felt out of sorts. I remember needing a really big poo which seemed to help initially but I continued to have the period pain type cramps through the night which eased off by morning.

Homebirth Through the Lens
October 25, 2017
Recent Posts
Go to Top